Although the Alpine community of Galtür in Tyrol currently only has just under 900 inhabitants, due to its exceptional location in the middle of the picturesque Alps, the small village still has annual growth. Especially for young families, the community wants to provide a suitable infrastructure and has therefore completely redesigned and renovated the outdated and now too small elementary school and kindergarten building. The „Haus der Kinder“ opened in June 2018 and has been a modern educational centre in the midst of the mountains ever since.

The 30-year-old building has not only housed an elementary school and a kindergarten until the redesign, but also apartments have found their place in the house. The vacancy of an apartment has left enough space to separate the entire building into an public education wing and a private residential wing and now offers perfect conditions for both uses. Especially the expansion of the kindergarten is a great enrichment for the family-friendly community, because now instead of just one, two playgroups find their space. In the design of the kindergarten rooms special attention was paid to an open and bright design, which should enable the children to play carefree. Bright, playful colours were also used in the lighting: the colourfully configured SIGN and GLORIOUS luminaires, as well as various variants of the INVADER spots, not only ensure a pleasant and unobtrusive lighting, but also bring colourful accents to the kindergarten rooms. 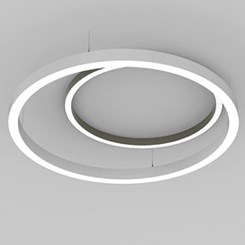 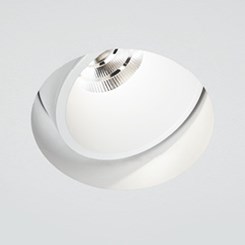